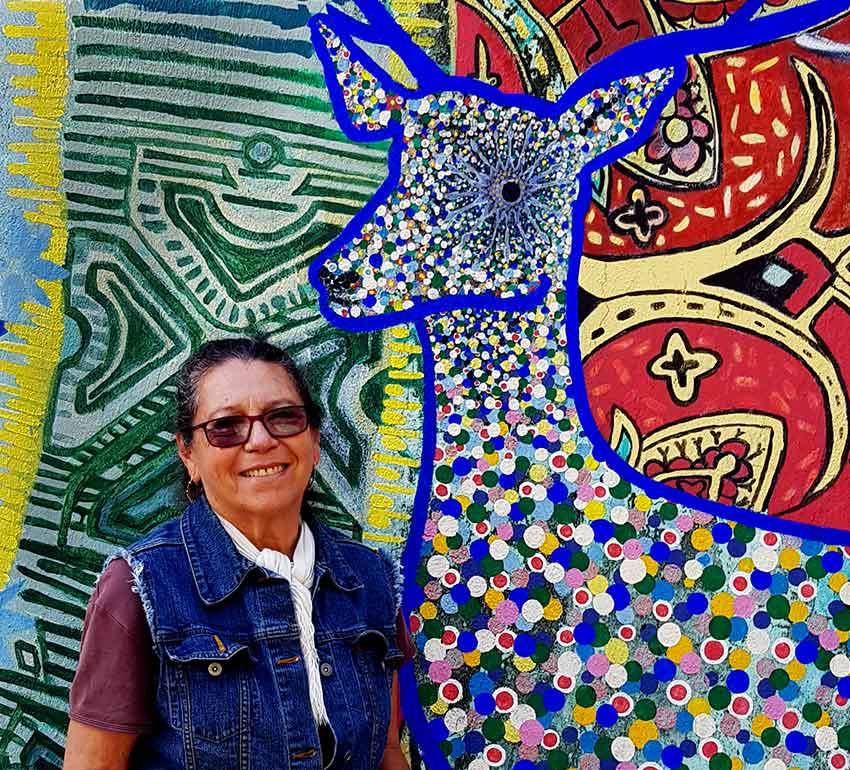 Before nurse Rocio Echevarría founded Casa Huichol in Guadalajara to shelter members of Jalisco’s Wixáritari who had family in the public hospital, there was usually one option available to the hospitalized person’s loved ones.

Sleep on the street behind the hospital building.

But for the last 38 years, members of this indigenous group of the Sierra Madre Occidental, more well-known as the Huichol, have found lodging and food here, thanks to Echevarría.

The name Huichol, by the way, means “one who runs away,” while Wixárika means “person with a big heart who loves knowledge.” (The plural is Wixáritari.) It’s easy to see which name these people prefer; Huichol has been used for so many years, however, that it’s hard to eliminate it completely.

Echevarría’s story with the Wixáritari began in 1970, when she graduated from university as a nurse.

“At that time,” she told me, “the president of Mexico, Luis Echeverría, organized a conference in which he said that no previous government had ever opened a door to the indigenous people of Mexico but that now university graduates in the healthcare field from all over the country could carry out their servicio social in native communities.” Servicio social is the two years of required volunteer service that students must give to the nation.

Previous to 1970, she told me, the indigenous communities had been excluded from rights common to all other Mexicans: to education, to healthcare and to agricultural and cattle-raising programs. They had been considered separate and had been disregarded — and they themselves had made no effort toward integration.

“Those were also the years when women first started attending universities, and I had taken advantage and had become a nurse,” Echevarría said. “And now, along came this chance to get to know the native people of this country, so my mother said, ‘Hey, Rocio, why don’t we go to one of the Huichol missions?’

“Well, at first, I said, ‘No way,’ but then I ended up at the mission of Santa Clara, which is one hour from San Andrés Cohamiata, located 200 kilometers north of Guadalajara in very rugged territory in the middle of nowhere.”

Echevarría immediately fell in love with the Wixáritari and decided that this was exactly where she would work.

“The [federal] Health Ministry, however, said, ‘Hold on a minute! This is a federal project, and you need permission!’ So I had to go to Mexico City, where I told them I’d like to do my social service in the health center of San Andrés Cohamiata. It turned out that they were very surprised because absolutely no one else had shown the slightest interest in working in that isolated place.”

With the blessing of the Health Ministry, she went back to San Andrés Cohamiata for the next six years.