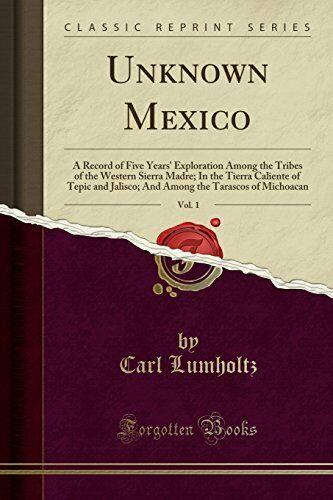 A Record of Five Years' Exploration Among the Tribes of the Western Sierra Madre; In the Tierra Caliente of Tepic and Jalisco; and Among the Tarascos of Michoacan.

We suggest reading this book in full screen mode.